Alibaba vs Amazon: Differences and similarities

Alibaba and Amazon are both innovative ecommerce grants. With AliExpress, Alibaba has become quite successful in Europe. Amazon is also noted for being one of the most innovative companies, offering subscriptions for fast shipping with Amazon Prime. 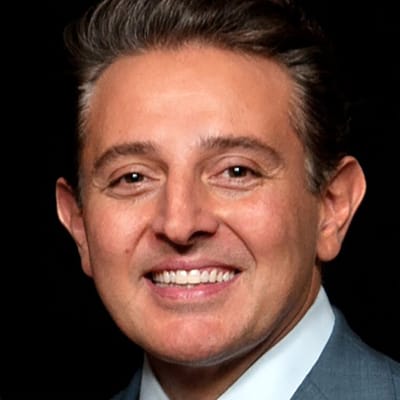 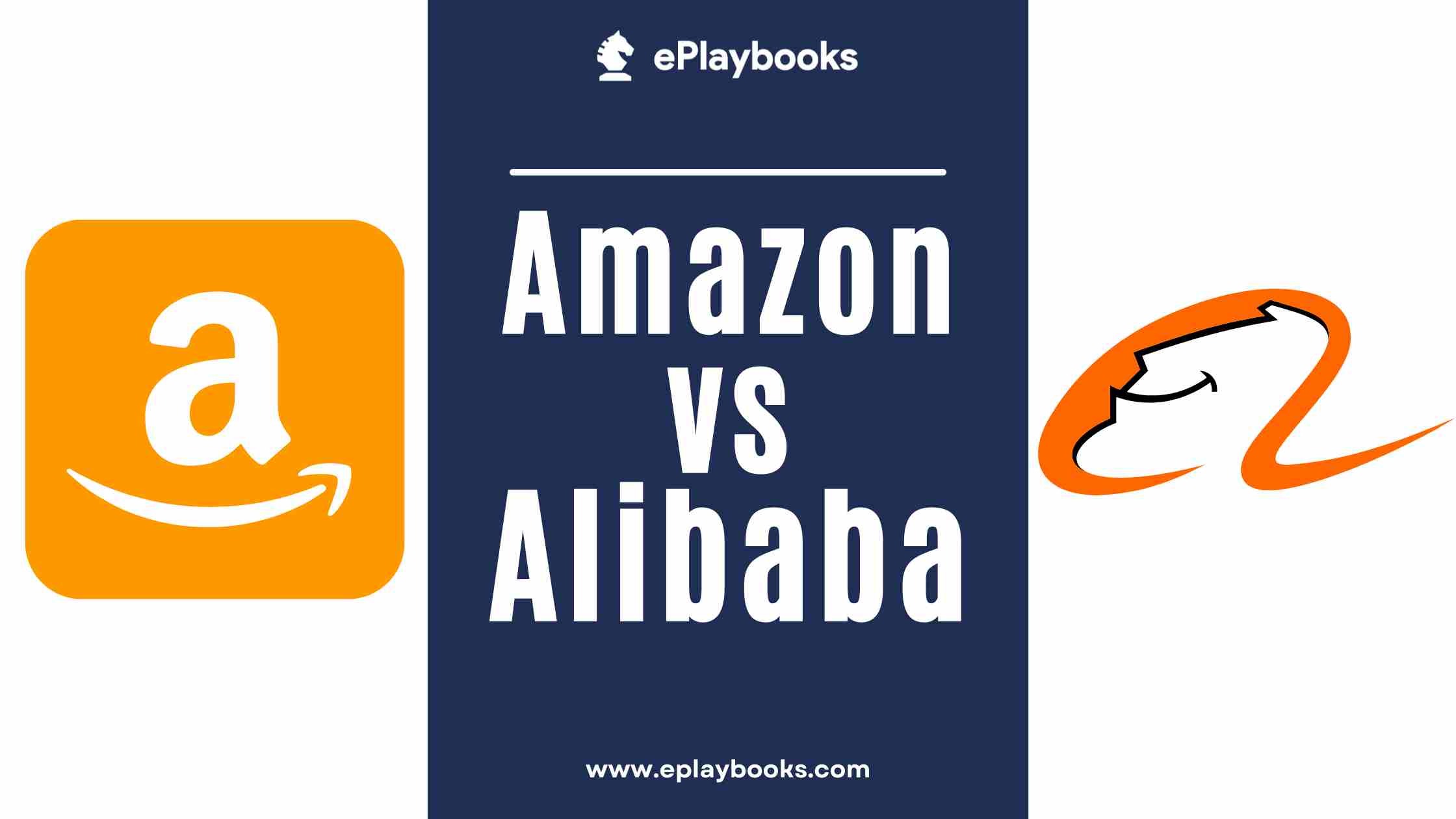 Alibaba vs Amazon: Differences and similarities

Amazon and Alibaba are leading players in the ecommerce industry.

These two ecommerce giants have established a strong brand presence in their locations and over the years have been expanding to new markets.

Amazon first emerged in 1995 as an online bookstore. On the other hand, Alibaba started five years later in 1999.

In this article, we will take a look at both ecommerce companies. Are Alibaba and Amazon the same? How does Alibaba compare to Amazon? Read on as we examine their similarities and differences.

What Is Alibaba and how does Alibaba work?

Founded in 1999, Alibaba is a wholesale platform that connects wholesalers and manufacturers in China to individuals and businesses all over the world. The Alibaba Group has three different Chinese marketplaces - Tmall, Taobao, and Alibaba.com. These sites host millions of merchants and businesses and has millions of active users.

With Alibaba, buyers can get direct-to-consumer prices on a wide range of items from Chinese manufacturers. You can also sign up as a product supplier on Alibaba, list, and sell your products.

What Is Amazon and how does Amazon work?

Amazon started in 1995 as an online bookstore. Today, the Amazon marketplace has expanded to any product category you can think of. Some of these categories include clothing, jewelry, pet supplies, electronics, and so on.

On the Amazon marketplace, sellers can create their product listings, build their Amazon store and increase Amazon sales.

Selling on Alibaba vs Amazon: Pros and Cons

Many entrepreneurs use Alibaba for product supplies for many reasons. Here are a few benefits of using Alibaba.com:

Alibaba also comes with its disadvantages. Some of them include:

Similarities Between Alibaba And Amazon

Also, both Amazon and Alibaba have proprietary payment systems. Amazon Pay is Amazon’s payment system which allows users to buy products on non-Amazon sites with their Amazon account.

On the other hand, Alibaba has Alipay, an online payment system with millions of active users all over the world.

So what is the difference between Amazon and Alibaba? While Alibaba and Amazon may share some similarities, they are quite different. They have different business models, fees, target audiences, and so on. Let's look at some of these differences:

Taking a closer look at Amazon, the company sells its products directly to buyers. Most of the products are offered to buyers on the Amazon marketplace with inventory stored in Amazon warehouses.

Primarily, Amazon focuses on the B2C market and enables businesses to sell their products through their site.

Through Amazon Prime, Amazon operates a subscription-based business model where customers pay an annual fee for same-day or two-day shipping on items like digital music and movies. Amazon also generates revenue from Kindle, an e-reader.

On the other hand, Alibaba majorly operates a B2B business model similar to eBay. The company connects buyers and sellers online, facilitating the sales of goods between both parties using their website networks. However, Alibaba has other sites that operate a B2C model.

On Amazon, sellers are charged various fees to list their products. From Selling fees which require that sellers choose between the two major selling plans, Amazon Prime memberships, and Amazon FBA fees.

On the other hand, Alibaba doesn't charge as many fees. Merchants can list their products for free on the Taobao site. However, sellers will need to pay a fee to climb higher on search engine results.

Alibaba offers two major plans: the Basic Plan ($2399 per year) and the Premium Plan ($4199 per year). These plans include services like posting products, data reporting, responding to inquiries, and so on.

Perhaps one of the biggest differences between Amazon and Alibaba is the target audience.

Primarily, Amazon sells both new and used items to customers while Alibaba acts as a middleman between sellers and buyers.

However, Alibaba also operates similarly to Amazon on Taobao which has millions of active sellers who list and sell products to buyers.

Each company differs in its revenue sources. Amazon operates both online and offline stores with revenue coming from individual sellers, big brands, subscriptions, streaming services, and so on

Alibaba focuses on core commerce, and digital media and is also expanding to other services like streaming. However, the company hasn't built a strong presence to rake in huge profits like Amazon.

In calculating the Growth rate of both Amazon and Alibaba, we need to consider the Gross Merchandise Volume (GMV).

In terms of GMV figures, Alibaba exceeds Amazon with Amazon's GMV figures having grown to $575 billion in 2020 and Alibaba's growth rate at $1.2 trillion in the same year.

Amazon is well-spread across various markets all over the world. Amazon has offices and distribution centers in Asia, America, and Europe and is the major ecommerce player in several countries. However, its predominant market is the United States.

On the other hand, Alibaba has a smaller number of centers. The company has centers in Taiwan, the US, the UK, Italy, France, India, China, and Australia as well as logistics wing ships in almost every country in the world.

However, its predominant market is China.

Alibaba vs Amazon: Which Is More Profitable?

As we earlier mentioned, Alibaba's business is to move products, allowing retailers and small business owners to open stores and sell their products online. Even with being the largest ecommerce company in China, Alibaba charges no listing fees or storage fees, making it an easier model than Amazon. In this regard, Alibaba makes more profit than Amazon.

However, Amazon has higher profit volumes which fall at a much higher rate than Alibaba.

Should I Sell On Alibaba Or Amazon?

You may be thinking: which is better, Alibaba or Amazon?

Well, the answer depends on multiple factors. One of those factors is your target audience. Are you selling your products or services to individuals or businesses? If you're selling directly to consumers, Amazon may be the better choice. On the other hand, if you are targeting businesses, Alibaba may be the preferable option. You also need to consider other factors like your budget amongst other factors.

Alibaba and Amazon are both innovative ecommerce grants. With AliExpress, Alibaba has become quite successful in Europe.

Amazon is also noted for being one of the most innovative companies, offering subscriptions for fast shipping with Amazon Prime. Not to mention voice search (Alexa), and its expansion into the digital streaming space amongst others. Who will take the top position? Well, only time will tell.

Subscribe to our newsletter to receive ePlaybooks insights directly in your inbox. Don't worry we will respect your inbox.
Thank you! Your submission has been received!
Oops! Something went wrong while submitting the form.